A five member team from United Shotokan-Ryu has just concluded their campaign at the 7th WUKF World Karate Championships held in Dundee, Scotland. The USR team members competed under the banner of the South African National Shotokan Association (SANSA) at the prestigious Championship. This was the first time that any of the team members had competed in an international. More than 2200 karateka representing 40 countries contested this year’s event which was held over four days. The categories were extremely competitive with the Championship largely dominated by the European nations.

Both Claassens and Kuhlane advanced to the second round of their kumite (fighting) categories before losing their matches. Olivier, who was ahead on points during her first round fight, was unfortunately disqualified due to excessive contact. Linde Delport (NMMU) fell-out in the first round against some incredibly strong opposition.

Singata advanced to the finals (final four competitors) in both the Junior (18-20yrs) and Senior Men’s (21-35yrs) under 65kg Kumite Categories. In his final matches, he lost both by the narrowest of margins, but still did exceptionally well to bring home two bronze medals. Singata is possibly the only South African to ever contest three finals at a single WUKF World Championship. In addition, It is believed that he is also the first South African to ever medal in a senior men’s kumite category at the WUKF World Championship.

Marius Claassens assisted as team manager, while Maureen De Jager was the team coach for the championship.

Leading-up to the Championship, the team members also had the opportunity to attend a seminar conducted by UK Karate legend, George Best. 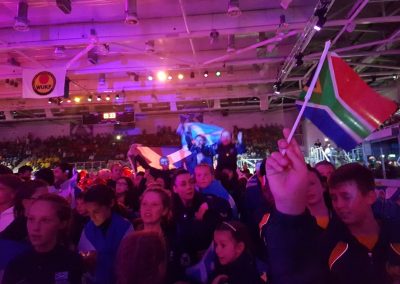 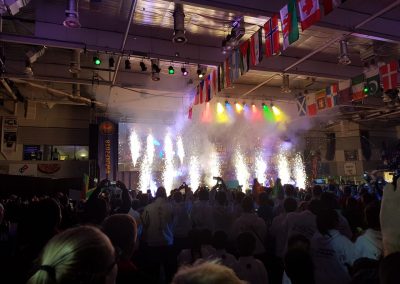 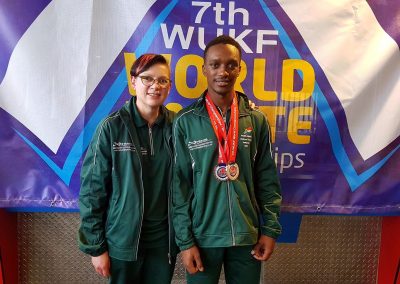 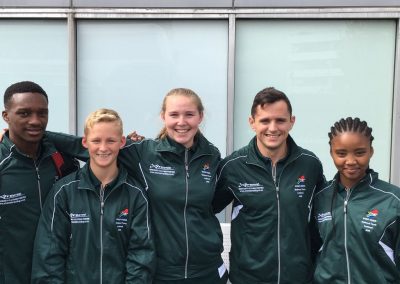 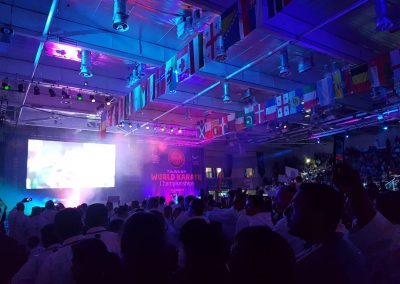 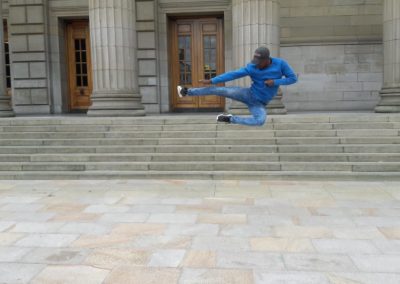